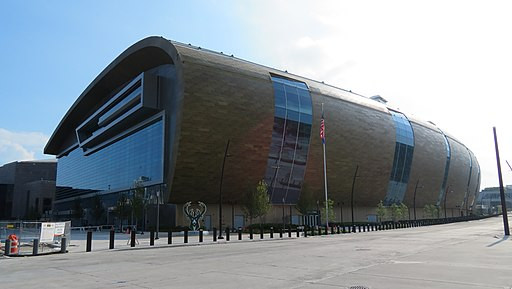 “You can certainly feel the excitement building for the tip off.”

“And I’m Freddie ‘Flop’ Ferguson, and we’re in Milwaukee with 17,500 fans fired up to cheer their team in this season opener.”

“There’s been a lot of controversy leading up to this game Fred, and not all the fans are happy about it.”

“That’s for sure Doug, the NBA has introduced some major changes this season.”

The Owners Hear You

“The NBA owners have been hearing for a long time that games are too predictable and boring Fred. When fans asked if they wanted more games added to the regular season, they said loud and clear http://duidefenselawyertampa.com/vjg no way.”

“That’s right Doug, most fans say the season is already too long.”

“For those viewers who spent the off-season on another planet, the NBA has reduced the number of regular season games this year by half. But, the league has added a NCAA style bracketed tournament to determine the best team in the world.”

“That tournament should have all the excitement of March Madness, but bonus, will include the big name NBA stars. I heard you say the word http://alternovo.com/conscient-et-inconscient/les-enseignements-de-notre-corps/ World Doug, and that’s no exaggeration. This season will include five new international franchises.”

“Two from Australia, one from Russia, a Spanish, and a Croatian team. The NBA cherry picked the International Basketball Federation for talent.”

“Do you mean the Fédération Internationale de Basket-ball Doug?”

“I think we can stick with FIBA for our American viewers Fred.”

“The NBA owners feel the US market is saturated and with the growing international appeal of basketball want to reach a global fan base. That’s why Milwaukee fans are in for a special treat. Tonight the home team will be taking on the Vatreni.”

“For our viewers who don’t understand Croatian Fred, Vatreni translates to Blazers in English.”

“Not to be confused with the Portland Trail Blazers Doug.”

“Do you think the NBA will be changing its name anytime soon to reflect its global reach?”

“I don’t think so Doug, the woman have a pretty solid lock on the W in WBA so World Basketball Association is out.”

“How about the Global Basketball Association or GBA Fred?”

“I guess NBA as a brand that will be sticking around for a while.”

“A bigger deal for a lot of fans is the elimination of the three-point shot Doug.”

“NBA game scores were approaching 150 points, fueled by outside shooting, Fred. Fans complained that the game was no longer about ball handling and teamwork.”

“Accurate fade-away jump shots are virtually unstoppable Doug. Some fans claimed that the biggest superstars have become too good at shooting from the outside. Some claim that a team with outstanding outside shooters is virtually guaranteed to win and fans have the stats to prove it.”

“Fred, that brings us to the most controversial rule change of all.”

“That’s right Doug, the net lid has some fans outraged and it will certainly have an impact on game play.”

“There are now three circles painted inside what used to be the three-point line. Can one of the camera’s zoom in for our viewers?”

“When a ball crosses over the mid court line, the lid official covers the basket with an electronic lid.”

“Unless a player wings a Hail Mary, Fred, the lid stays open on a full court desperation shot.”

“That is an exception Doug. But in most cases, the ball will need to change hands with a teammate in one of the circles before the lid is opened.”

“What does this new rule mean for the Fast Break Fred?”

“The NBA does not want to lose the excitement of the fast break, so there is an exception. The player needs to place one foot into at least two of the circles under the new regulation before the official raises the lid. We’re going to see some fancy footwork tonight.”

“We are in for some real game changers Fred. Folks, we’ll be back for the tip off to this historic event after a short commercial break.”