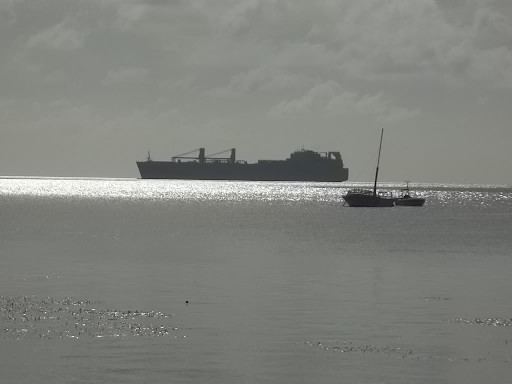 assiduously Early in the year, Katina and six close family members had split from the main pod and traveled to the Banda Sea. Katina and Asuka had been carrying unborn calves for almost fifteen months when the pod fragment headed north from ancestral territories off the shores of Antarctica’s Casey Station. With depths up to 7,000 meters, the Banda Sea was one of the deepest bodies of water in the world. Katina viewed it as a vast blue bowl streaked with silvery schools of sushi. The warm sea, with plenty of food and out-of-the way hiding places among the spice islands was the perfect place to spend a year or so weaning the new calves.

http://champex-immobilier.ch/guest_icon-3/?lang=en Katina was the leader of the group, and was happy when Keto, her mate had decided to join the others traveling north to Banda. He was large, in his prime and would help provide the small pod with security while the calves were young and prone to stupidity. Her two daughters, 6 year-old Kohana and 11 year-old Kiska, enthusiastically joined Katina to accompany her on the child-rearing trip. Kiska would be old enough to breed very soon and it was a good chance to learn about motherhood firsthand.

buy modafinil silk road Rounding out the group were Asuka’s twin five year-old sons, Keet and Keiko. Young, strong and playful, they would provide the calves with playmates as well as keep things interesting for other members of the pod with their shenanigans. In all, Katina was optimistic for the group’s prospects. Not too much competition for food, security from predators, and companionship to help in raising the youngsters. Having already borne two females, Katina was hoping for a male who she would name Keto junior, a sentimental gesture that Keto senior would appreciate.

The pod was relaxing in the late morning after a successful encounter with a school of mackerel. The tropical sun warmed the sea’s glassy surface. Katina and the others would drift to cooler darker depths when they began to feel a little too warm.  The twins could never stay still for long and had begun to show off with aerial antics that delighted the crew lining the rails of a small tanker.

Orca society had long learned that they needed to share the seas with humans and their ships. Most human ships were benign, but others were deadly. The orca community had learned to identify friendly and unfriendly vessels. Only a pod member who was sick, stupid, or criminally careless had much to fear from most ships. This was especially true in the Banda sea where there was plenty of water under the ship and relatively few large vessels on the surface.

Harmless or deadly? Identification skills were passed from one generation to the next. Folklore had it that many years ago, identification relied on visual characteristics alone. Mistakes were easy to make and the difficulty in differentiating the ships led to a number of unfortunate and untimely deaths. Human predatory ships were notoriously good at capturing their prey with relatively little warning and over long distances. Basking in the warm tropical sun, Katina was happy that Automatic Identification Systems (AIS) were in such wide use during current times.

For her kind, hearing things was a lot easier than seeing things, and Katina was aware of the Bengal Orchid’s presence long before she saw it. The sea water transmitted the AIS transponder signal to Katina and she knew the ship was moving toward the pod from Makassar shortly after it left the port.

Threat from the North?

Katina worried about the signal from another ship only a few miles to the north. Familial memory placed this ship’s source far to the north from the Sea of Japan. The region was home to a large number of predatory ships. Katina cautiously surveilled the ship’s progress. But as the  Jong-il Eumgyeong drew nearer, Katina relaxed. The ship was one of the harmless ones, a tanker like the Bengal Orchid and did not pose a threat to the pod. Suddenly, the AIS for both ships when silent. This was not normal and Katina called Keet and Keiko back from showing off to their human audience.

Responsible for the pod’s security, Katina had everyone back off to what she hoped was a safe distance. The Bengal Orchid and Jong-il Eumgyeong drew side by side. Cranes extended black umbilicals from the North Korean ship to the Indonesian tanker.

After communing for the rest of the day, it was dark when the two ships drew apart. One headed north, the other west. It was a peaceful night. Keto was slowly swimming around the sleeping pod to make sure that nothing was foolish enough to disturb the resting killer whales. The AIS transponder signals resumed. First the Bengal Orchid followed shortly by the Jong-il Eumgyeong.

Katina did not know, nor did she care that she and her family had been witness to an international crime. The ships flouted what one human bloviator described as “The harshest economic sanctions in the history of humankind.”

She and her kind must share the planet with humans, but there was no need to become involved in their petty intraspecies capers.