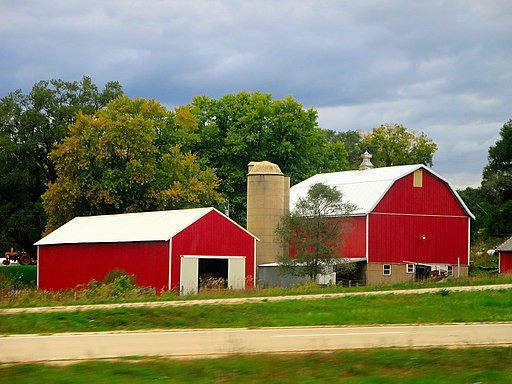 Kurt studied economics at the University of Chicago. He’d become enamored with data science and how it was revolutionizing the field of Political Economics. Kurt was a passionate student, hard worker, and maintained an excellent GPA under a demanding class load.  Department faculty recognized Kurt’s enthusiasm and quality of work with a recommendation for a summer internship with a four-term Virginia Congressman. Based on that recommendation, the Congressman offered Kurt the internship. Kurt immediately accepted.

He lived on a shoestring but was having the time of his life in Washington DC. He shared an apartment with three other summer interns. Spending their summer in the nation’s capital applying their varied disciplines to real-world problems excited Kurt and his ambitious roommates.

The Congressman represents a mostly rural district populated by farmers with deep Virginia roots.  Agriculture continues to be an important part of Virginia’s economy, though king tobacco has been supplanted by livestock as its central product. Raising livestock represents about ⅔ of the state’s agricultural economy. The problem with livestock is that it requires a large and lasting commitment to expensive infrastructure and a dependency on supply chains for commodities such as soy and corn for food as well as energy costs associated with raising chickens, turkeys, and cattle in climate controlled environments.

Husbanding livestock is an avocation extremely sensitive to fluctuating market conditions. Unlike just-in-time manufacturing, the timelines for managing supply chains are quite long and require significant up-front investments with no assurance that market conditions will be favorable when the product is ready for sale. The broilers that are so prominent in the mix of livestock are heavily regulated and recent avian flu scares add increased uncertainty for the farmers. In short, the congressman’s constituents are exposed to a great deal of risk.

Along with other representatives of agricultural Congressional districts, the Congressman was proposing an amendment be added to the almost $1 trillion Farm Bill to reduce the uncertainty farmer’s face each year due to commodity market price fluctuations. The proposal created a new set of price guarantees underwritten by the American taxpayer. The bill’s supporters reasoned that all Americans benefited from a stable and secure food supply and should be expected to share the risk with farmers.

The Congressman had been persuaded to hire Kurt that summer based in part on a Guggenheim Fellow’s testimony professing Kurt’s skill at generating cutting edge data visualizations. Kurt was tasked with creating graphics that could be posted on the Congressman’s official house http://sailmoonshadow.com/2010/11/page/2/ .gov website and used in presentations to generate support for the amendment, especially among congressional colleagues and staff who were skeptical free marketeers. Kurt was further instructed to clearly illustrate the distressing financial outcomes farmers suffer when making crop choices based upon current prices.

The lawmaker from Virginia wanted to show that speculation based on past trends was not a good predictor of future outcomes. He told Kurt to prepare data that showed that families who had been farming for generations were at risk of losing their farms if the bill were not passed. The Congressman was ready to play the fear card and proclaim that exclusion of his co-authored amendment would result in national food insecurity.

Kurt joined Mike, the political science major, one morning in the apartment’s cramped kitchen. “The coffee will be ready in a minute,” said Mike who had stoked the Bunn ten cupper with a Kona blend. The new Bunn had been contributed by Kim, the budding policy wonk who was currently monopolizing the single bathroom. The coffee maker served as a collective benefit for the four roomies. An informal rotation kept the apartment endowed with good fresh ground beans.

Kurt scooped some granola into a bowel from the Costco proportioned box that lived on the counter. “I pulled a twelve-hour day yesterday, I could use a caffeine jolt this morning.”

All the roommates put in long hours for their respective sponsors. With limited funds for recreation in an expensive city and a cramped and spartan apartment, the congressional offices turned out to be an attractive place to spend their time. They were all still somewhat in awe of working at the nexus of national power.

“How is your Ag project going?” asked Mike. “My Congressman is probably going to co-sponsor that amendment you’re Congressman has drafted.”

“The visualizations are going great,” answered Kurt between mouthfuls of granola. “Did you know that some of those land holdings in Virginia have been farmed by the same families for over two centuries?”

Mike filled Kurt’s mug. Kurt added a little milk. “I dug up some data that let me make an interactive graph that can be posted on the Congressman’s website. It shows how the price of diesel fuel affects the amount of active acreage.”

“What does that have to do with ancestral farms?” asked Mike.

“I found some really great data from the Department of Agriculture, the Soybean Research Institute, and the Department of Virginia Vital Statistics,” enthused Kurt switching into wonk mode. “I’ve created this cool slider that shows multivariate relationships between, diesel prices, active acreage under soybean cultivation, commodity prices, and the loss or retention of ancestral homesteads.”

“For sure,” answered Karl. “The data is all behind the scenes. The slider lets the viewer analyze that data, ” emphasizing the work analyze with air quotes. “They can see that changes in supply chain costs, either sharp increases or decreases, result in the loss of long-standing family farms. The amendment seeks to stabilize prices and costs with government-backed guarantees that enable farmers to make better plans and not lose their farms.”

“OK, I suppose that makes sense,” said Mike thoughtfully sipping from his mug. “But a skeptic could say that you are using statistics to support an opinion rather than finding an answer to a problem by analyzing the data.”

“Your Congressman and mine have their hearts in the right place,” said Kurt. “They want to reduce the risks faced by farmers and allow their constituents to live with some sense of security.”

“I wouldn’t call it propaganda,” said Kurt. “Have you heard of Thomas Malthus?”

“Right,” said Kurt setting his mug down and getting into the discussion. “Last semester, I worked on a class project to use modern data sources to prove or disprove Malthus’ predictions.”

“Did it get you an Florida A?” teased Mike.

“It was for the same professor who recommended me for the internship, what do you think?” Kurt continued, “Way back in the 18th century, Malthus predicted that the benefits of the increased food production he observed during the early industrial revolution would be mitigated by population growth that would ultimately doom humanity to eternal poverty and hardship.”

“Wasn’t it Malthus’ predictions that led to Economics being dubbed http://vanityloungecorby.co.uk/product/stand-16-minutes/?add-to-cart=839 The Dismal Science?” asked Mike.

“Absolutely,” said Kurt. “Population data I used for the project shows that agricultural improvements dramatically increased food supplies. As a result, the human population grew from 800 million people in the 18th century to 7.5 billion souls today.”

“And according to the accounts I read,” said Mike, “today there are a lot of poor, unhappy, and underfed people around the world.”

“There are more poorer people in desperate straits today than there were people when Malthus was alive,” said Kurt. “If you want to take a big picture view, should this country be spending a trillion dollars on a farm bill if one of the outcomes of more food is a lot of miserable poor people?”

“Do you really think our Congressmen want to deal with the problem that Malthus identified over 200 years ago?” asked Mike, “and attempt to achieve real food security?”

“I suspect that is not something any of their constituents would get behind,” said Mike.

Mike grinned at Kurt. “Are you saying that Congressional interns can’t solve existential problems that societies have ignored for centuries?”

“It may be hot and humid, but I really like working in DC this summer. If I have to assemble data and make it pretty to keep working here and buff up my resume, I’m all in”, said Kurt. “Maybe this is the price we pay before we get a shot at solving the big problems.”

Kurt and Mike finished their coffee in companionable silence and then headed to the bus stop to make their way to their respective congressional offices.

Kurt’s congressman was delighted with the visualizations and authorized them to be posted on his official house.gov congressional website. The farm bill will be up for a vote of the full House in a few weeks.

The author worked for many years developing software and managing the development of software to deliver information to the public. Valid scientific and journalistic organizations need to create consumable information without allowing the visualization tools, the way that information is presented, to bias the consumer to one way of thinking or another. Developers, data providers, and consumers must be aware of this tension and carefully evaluate what they are building or consuming.