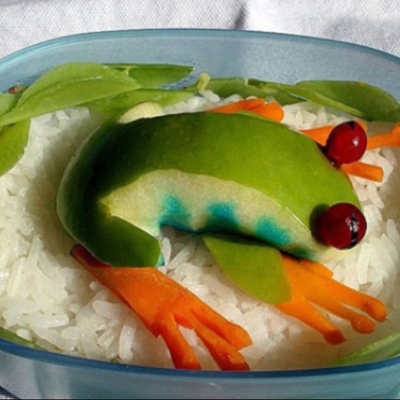 “Hey Betz, the veggie-yums are going fast, could you make up some more plates, dear?” Lorraine called over her shoulder from the serving line.

“Ten veggie-yums coming up,” said Betsy, lining the completed plates up on the window’s counter. Darcia, a soft-spoken middle-aged woman, transferred the plates from the window to the serving line.

Darcia smiled as she handed the pretty platter to the sixth grader’s eager out-reached hands.

“You’ve got to try the Italian dressing,” the girl confided to her friend, who’d also scored a veggie-yum. Plates on trays, hands on either side of the trays, the two girls made the unsteady journey to one of the room’s circular tables, giggling at some inside joke. There had been no spills so far today.

Betsy was happy that the school board had jumped onboard when the President reauthorized the where to buy Pregabalin in canada Healthy and Hunger-Free Kids Act (HHFKA) back in 2010. It had taken a while, but the junk food vending machines had been moved out and catering deals with fast-food restaurants rolled back. There had been some grumbling at first, but the healthy plates had slowly become a hit. Teachers reported that kids were more alert and better behaved since making the healthy nutritional changes.

Betsy loved the MMMS kids and was proud to make the wholesome food attractive to even picky eaters. She believed a little extra effort presenting the food resulted in a more appreciative and satisfied buy Lyrica usa customer, the term used by Lorraine. Betsy thought of the kids more like family.

Betsy had switched to turkey wraps. She sliced a wrap in half at an angle. The two pieces were placed side by side with the angled cuts pointing upwards revealing the colorful layers of sliced turkey, tomato, lettuce, provolone, and whole wheat tortilla. A half dozen baby carrots and a small bunch of grapes completed the plate.

A Cook is Made

Betsy enjoyed cooking. Frugality and creativity were learned from her mother, who struggled on her own to raise three kids on disability benefits. Mom had suffered a career-ending accident during the assembly of air conditioners at a now-defunct manufacturing facility. Betsy pitched in, making meals for her mom and siblings for as long as she could remember. There was never any money, she was grateful for the help the family received from local charities, and had discovered a knack for making good meals from basic ingredients.

During family trips to the Vacaria Harvest Kitchen food pantry, Betsy’s mom taught her children to eschew the boxes of processed food that lined the shelves. There was a plentiful supply of name-brand foodstuffs from local grocers who donated boxes that had exceeded their best-used-by dates. Though she and her siblings looked longingly at the boxes of Lucky Charms, they grew to appreciate their mother’s preference for fresh produce and basics like flour and milk.

Completing another turkey wrap and setting it on the counter, Betsy saw that there were only a few kids left in line.

“I don’t think we’re going to need any more plates today,” said Lorraine picking, up the plate and carrying it to the serving line.

“Thankfully not tonight,” laughs Betsy. “Just a little homework to finish after we’re done cleaning up.”

“When you get that Hospitality Management certificate from Tech, are you going to stay in town?” asked Lorraine.

“I sure hope so, it would be a lot better if I could stay and help Mom out, at least until Jill and Doug leave home,” answered Betsy.

“My boyfriend is the convention manager at that new Double Tree on the Interstate. I can introduce you. He might have some job ideas.” Lorraine surveyed the barely controlled chaos of the lunchroom.

“Oh, Lorraine, I’d really appreciate that,” said Betsy, and then suddenly remembered that moving to a new job would leave Lorraine in the lurch at MMMS. “I mean, I really like working here…”

“Don’t worry about it Betz,” Lorraine faced Betsy with a smile. “This job isn’t exactly a keeper.”

Though she appreciated Lorraine’s reassurance, Betsy was uncomfortable in the knowledge that Lorraine had been supervising MMMS food services for over ten years. If this job was a dead end, then Lorrain’s career was like a car on blocks.

“Anyway, lunch looks to be about done, let’s do some food rescue.”

Lorraine had been instrumental in getting the school district to join a local food salvage charity — Calorie Recovery.

Calorie Recovery was a recent charity that Betsy wished had been around when she was younger. In addition to the school district, a couple of caterers, some local grocery stores, a bakery, and three regional restaurants contributed food that would otherwise be thrown away to Calorie Recovery. Volunteer staff assembled meals that were usually frozen and later distributed to local people suffering from food insecurity. Leftover veggie-yums were poor candidates for freezing, but a homeless shelter and two soup kitchens would often make use of fresh plates.

Betsy, Lorraine, and Darcia made quick practiced work of cleaning the kitchen and serving line. There will be plenty of time for homework today, thought Betsy. A stack of meals sat at a table near the outside kitchen door. A volunteer from Calorie Recovery would retrieve the meals later in the afternoon.

It is difficult to be critical of heart-felt generosity and charity. But it is becoming increasingly clear that many of these good works should be viewed as impermanent way-points  in the pursuit of improved income equality.

Original inspiration for the story: https://www.channel3000.com/news/education/indiana-school-turns-excess-lunches-into-takehome-meals/1065503281

A book that delves into the problems of food waste: https://www.bighunger.org/

An American  luminary in food science and pioneering the using organic material for fuel. The namesake for the story’s imaginary Middle School: https://en.wikipedia.org/wiki/Mary_Elizabeth_Hickox_Mandels

One last thought from Big Hunger: What if we taxed food waste instead of giving tax breaks for donating over produced food.

“Alex Chef Tongs” by KDrachnik is licensed under CC BY-NC 2.0

“barcelona_candel_17” by Biblioteques. Generalitat Catalunya is licensed under CC BY-NC-ND 2.0