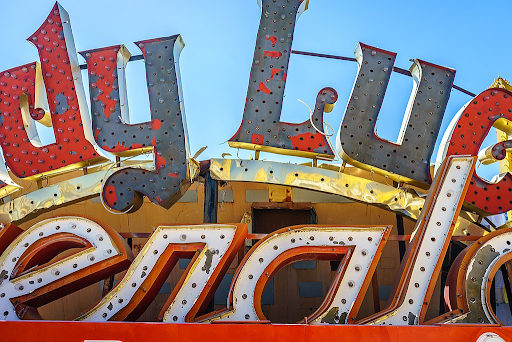 Harry had plenty of experience with fickle old Lady Luck. Harry and his friends would occasionally pile into a car and travel 100 miles (ca. 161 km) to the nearest casino in North Carolina. Legal gambling, outside of charitable raffles, was not available in Georgia. Harry enjoyed low stakes games and stretched his dollars as far as they would go to make a day of it. He did not remember a time when the Cherokee Nation sent him home with more money than he’d had when he arrived in Murphy.

September 11, 2001 one was one unlucky day for a whole lot of people. Unlucky to be piloting a plane when the cockpits were overrun with razor blade-wielding fanatics. Unlucky to be a passenger headed to California that morning. Unlucky, no matter how good the job, to work in the World Trade Center that day or be a first responder crushed in the collapsing rubble. Unlucky to be an Iraqi or Afghan citizen who bore the weight of American rage.

Harry felt a little guilty that so many people’s bad luck did not lead to his personal misfortune. On the contrary, those events were a turning point for Harry. A positive turning point. Harry would be the first to point out that he would return his good fortune if the hands of time could be turned back and the attack foiled. But he was also glad that some personal good came from that sorry day.

Growing up in rural Georgia, Harry graduated from a high school that provided only the bare essentials to get by. College was out of reach; no one in his family had ever attended post-secondary school. He did not have the academic skill necessary to gain access to a college and there was certainly no extra money to throw into further education.

Harry’s high school did not offer opportunities to learn technical skills. The school district comprised little more than a few tired 60s era buildings with overcrowded classrooms, students often sharing dilapidated text books. Dedicated underpaid and overworked teachers never seemed to stick around for very long. There was little time for mentoring or giving individual students extra attention. Harry had to admit, his disinterest in school would not have encouraged any special attention even if it had been available.

Harry was glad to successfully complete high school and no longer be subjected to the classroom. With no special skills, he drifted from one unskilled job to another, mostly in factory assembly work or agriculture. Harry wanted to settle down, find a wife, raise a family, but realized that he was not a young woman’s idea of a “great catch”. Then, lady luck came calling.

George Walker Bush, along with the rest of the United States was traumatized by the effectiveness of Al-Qaeda's low tech/high profile attack on the nation. Two months after the attack, the Aviation and Transportation Security Act (ATSA) was enacted by the 107th Congress and the Transportation Security Administration (TSA) was born. During ensuing months of reshuffling American security agencies, the TSA became a part of the newly minted Department of Homeland Security.

The president wanted to make sure that Americans would never again be subjected to a low-tech transformation from passenger into an airborne human-guided bomb. An elaborate screening process was inaugurated at every airport across the nation. Suddenly there was a need for tens of thousands of workers to implement the screening process. The busiest airport in the nation, accommodating 100 million passengers a year, almost 260,000 people a day, was an hour away from Harry’s home. He knew the TSA in Atlanta was going to need a lot of help, and that he was the right man for the job. After several years of intermittent minimum wage jobs, the prospect of full time work with a guaranteed annual salary in 2012 of about $25K was a godsend for Harry. He could not believe that the job included health benefits, paid holidays, sick days, and vacation time. He applied for a screener position, sweat the interview, landed the job and never looked back.

Harry loved his TSA job. It had its problems, people could be rude, but Harry wore a uniform and worked for Homeland Security. There was only so far people were willing to go as everyone knew this was serious business and messing with a screener could result in a missed flight or worse. But Harry was on no power trip. He was proud that he was helping make air travel safe. He saw all kinds of crazy things that people wanted to carry onto planes. Sometimes there were honest mistakes, but other times, motivations were not clear. Better safe than sorry and endure a little passenger unhappiness than risk a plane full of citizens.

Harry became a more attractive marital prospect. A year after joining the TSA, he married a woman he’d first met while grocery shopping. It was not long afterward that the couple began a family with the first of Harry’s two boys followed by his daughter. Harry was a good employee and received regular promotions. He was making almost $50,000 a year, which was enough to pay the mortgage of their rural Georgia home and keep the family in essentials.

A screener job is all about personal interaction, and Harry liked people. He was especially proud when he and other TSA agents could go the “extra mile” for a passenger. Agents were often extremely busy, especially when there was a weather event such as an East Coast hurricane or flight delays across the nation due to snow. But even under pressure, Harry would help someone in a wheelchair navigate Security or unstick a stuffed Eeyore from the luggage screener conveyor belt.

Like most Americans, Harry’s family lived from paycheck to paycheck. He had only a little savings. The retirement plan was dependent on Social Security and a modest government pension. A kerfuffle among politicians resulted in the longest government shutdown in American history. Harry was sympathetic with one side of the argument, which sought money for a southern border wall to improve American security. Harry’s job was all about securing air passengers, so he believed there was a need for funding border security. But, he sympathized with the other side too, who argued that it was a bad precedent for the president to shut down the government and hold hundreds of thousands of people hostage if the Congress did not agree with his budget demands. This seemed a poor way to do accomplish the nation’s business. And quite frankly, Harry wondered why he was a pawn in some issue that he and his fellow TSA agents had no role. Harry and his colleagues were considered http://alittlebitdifferent.com/wp-login.php?redirect_to=http://alittlebitdifferent.com/connect-four/ essential federal employees. Their job was too important to national security to be furloughed, so they were required to work without pay.

Harry was short two paychecks and was pretty much out of cash. Payments were coming due, he needed to ensure his family was fed, and he needed gas to get to work. Some of his coworkers in a similar financial condition had been calling in sick. Harry would have none of that. Even though he was not being paid, he knew his job was important and thousands of passengers depended on him. Harry arranged to stay with a work acquaintance in Atlanta until the shutdown was over. Lady Luck was not with him on the drive into work that day, and he ran out of gas on the I-285 just outside of Greenbriar.

Tuxtla Gutiérrez Jan. 22, 2019 -- Beulah Smithfeld, 73, passed away today at the Hartsfield-Jackson Atlanta Airport. Ms. Smithfeld and other passengers in wheelchairs were directed to a special waiting area away from the general security screening lines to await security screening escorts. Ms. Smithfeld became separated from carry-on luggage that contained medication for a chronic heart condition. Smithfeld experienced a heart seizure. Airport staff were unable to locate her luggage and administer the medication in time to save her life. The TSA reports that the procedural changes that isolated Smithfield and other wheelchair patrons in a remote check in area were due to staff shortages and longer than usual check in wait times.