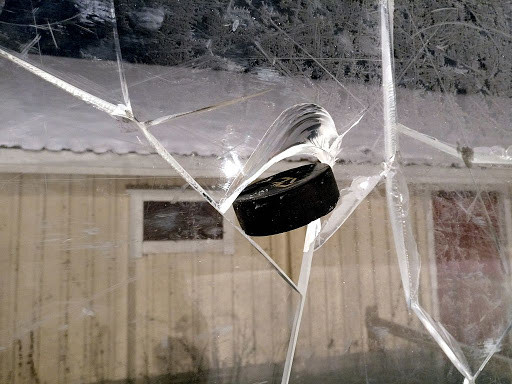 buy prednisone 5 mg It was cold. Charlie — or Chuck the Puck, as he was known in some circles — was not a Midwestern native. Charlie had been given the nickname due to his affinity for playing amateur hockey and an occasion when he demonstrated the creative use of a hockey puck as a tool in the art of persuasion. Shivering slightly while standing in the doorway of a closed tanning salon wreathed in a frosty cloud of his own breath, Charlie was certain that he preferred the climate-controlled man-made ice of an indoor ice rink to the real thing.

http://distancestudio.com/site/wp-admin/includes/ He’d not known a polar vortex from a toilet bowl when he’d accepted the job. The term was all over the news and Charlie learned that, despite the weatherman's attempts to edify his audience, the bottom line was that it was really really cold.

Charlie was always meticulous in his preparation for a job. On-line, he learned from one of the major outdoor clothing retailers how to dress for working outside in extreme temperatures. He was wearing a tight-fitting black base layer made of a material that made Charlie feel disturbingly effeminate. He thought he looked like the leotard clad women at his health club. It did not help that the clingy fabric had crawled up the crack of his butt. No matter how much he jostled his cheeks, the hose snuggled him tighter. Picking the material out of its recess was not an option due to the thick layer of fleece that coated the base layer, topped with a pair of slippery fleece-lined nylon wind pants.

The base layer on his upper body was more comfortable. Between his hockey and club workouts, Charlie was in pretty good shape and liked the feeling of the base layer hugging the chest and arm muscles he’d earned over the years. His layering scheme was completed with a fleece middle layer followed by a down parka. The parka had some real bonus features. For warmth, it hung down over his hips. It had large pockets that easily accommodated his gloved hands. Best of all, the fur-lined hood was drawn up over his head, hiding his face from the icy winter air. srlewein - All rights reserved - Its Cold Outside

The street was mostly quiet, but the early evening silence was suddenly broken by a sharp pop and a rumble. Charlie had not completely ignored the weatherman’s vortex lecture. The broadcaster had leveraged his Bachelor’s degree in Climatology into a weatherman gig at a television station serving the local market. He had declared that scientists described the sound Charlie had just heard as a phenomenon caused by rapid changes in extreme temperatures on water soaked ground. The 50 degree drop in temperature that had accompanied the polar vortex, had caused a cryoseism, or frost quake.

The cryoseism had provided an opportunity for Charlie, and he’d changed plans accordingly. In spite of his preparation for the weather, he still felt chilled waiting to complete his job. But it was worth it. The cryoseism was going to make the job easier and less risky. Across the street, a door opened and from the light emitting from the doorway, Charlie recognized the man leaving the building. The man had been living in this town for some time and knew how to dress for the weather. He closed the door behind him, turned right onto the sidewalk and began that stiff Midwestern penguin walk exemplifying a need to generate heat and not slip and fall on the ice.

Charlie left the doorway. He jaywalked along a path that would intersect with the other man. Approaching the man from the rear, Charlie withdrew his hand from his pocket and in rapid succession placed two bullets into the back of the man’s head. The man went down and Charlie placed another bullet into the collapsed form for good measure and made like a penguin walking down the street. Charlie thought as he waddled along the empty sidewalk, “Nothing to see here folks, what you heard was just another frost quake.”